Had Dan and Anthony back for second trip of the summer. Guys wanted a mixed bag, started off with a dozen mahi, then went on the troll, missed a few bites then saw a big Mako, asked the boys if they wanted to step up to the big Â leagues? They obviously stepped up after 2 hours they landed a 10 foot, 650lb mako weighed in at Hoffmans. Congrats guys! 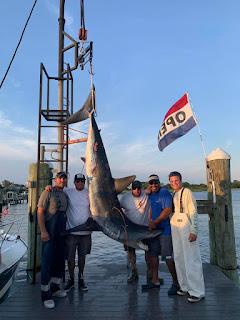 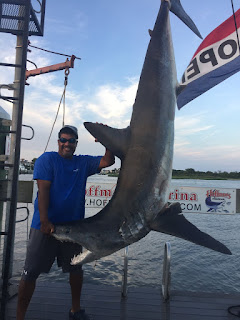 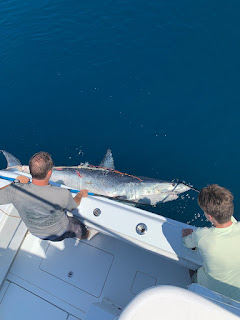 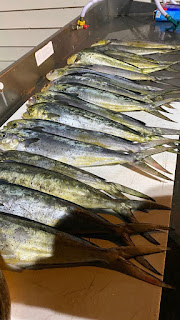