Dauntlass fishing reports
Had first time charter Amelio,'with Son Mike Luv Bug, And Veto Vin Diesel. Plan was to be a hands on learn Â Trip. Told them the challenges of such trip to deal with Â My demeanor, but he said, let's do it. Ran out and got Â To the grounds and went on the troll, very obvious that Â Wasn't the right move, went to the jig, and Amelio hooked A nice fish right away, boys did a great job on the fish and Â The 56 incher was in the boat. Worked the numerous tuna Pods for a while till we hooked another one on a popper, Â unfortunately chafed him off. After that heartbreaker, Gave the team a break and jigged up some nice cod. Then hit the pots for mahi but no life, went back on the troll But no more takers. Took a nice 40 knot cruise back to the dock. Crew did a great job today! 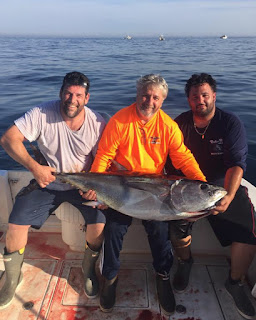 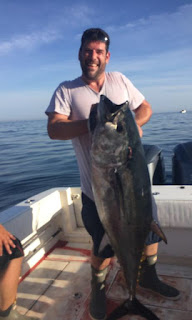 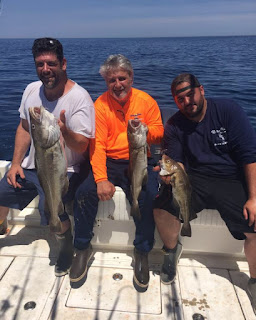