Had first time customer and first time offshore fisherman Mike with buddies Anthony and James. Made our way offshore and Mike landed his first tuna ever, lost a few more and bite was a very slow pick landing Â some short unders. Decided to start popping since there were thousands on the surface. Was a good call had 5 bites landing one but crazy action and the guys never saw tuna before. After that did some sharking with Mike landing a 100lb Â Hammerhead. Did some jigging on the wrecks to end the trip. Great bunch of guys look forward to seeing them later in the summer. 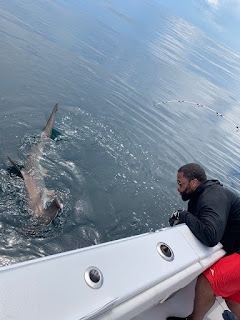 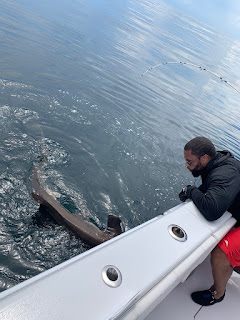 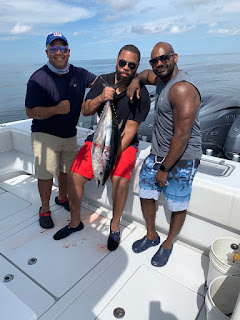